Ohio Valley Banc Corp. President and CEO, Larry Miller said, “It has been another active quarter at OVBC. We believe the best way to maximize shareholder value is by serving our communities as a growing, independent community bank. In this spirit of continued growth, we recently opened our newest location in Ironton, which enabled us to expand our footprint into Lawrence County, Ohio. In addition, we have enjoyed a great year of celebrating Ohio Valley Bank’s 150th anniversary with special customer appreciation events and giveaways across all of our locations. As November 1 marks the day we officially opened our doors for the first time, it makes me think about our future. I am eager to see the bank continue to grow and be a strong force within our communities for the next 150 years.”

For the third quarter of 2022, net interest income increased $1,486,000, and for the nine months ended September 30, 2022, net interest income increased $1,766,000 from the same respective periods last year. Contributing to the increase in net interest income was the increase in the net interest margin and the growth in average earning assets. In relation to the significant increase in market interest rates during 2022 based on actions taken by the Federal Reserve, the net interest margin has responded positively due to the yield on earning assets increasing more than the cost of interest-bearing liabilities. During 2022, the quarterly net interest margin increased from 3.51% for the first quarter, to 3.64% for the second quarter, and 4.03% for the third quarter. As a result of this positive trend, the current net interest margin now exceeds the prior year. For the nine months ended September 30, 2022, the net interest margin was 3.73%, compared to 3.62% for the same period the prior year. For the nine months ended September 30, 2022, average earning assets increased $30 million from the same period the prior year. The increase was primarily due to average securities, which increased $46 million from the first nine months of last year due to higher average deposit balances. Partially offsetting the growth in securities was the $5 million decrease in average loan balances. The decrease in average loans was related to the repayment of all SBA Paycheck Protection Program (PPP) loans as of the first quarter of 2022. As a result of these repayments, the average balance of PPP loans decreased $18 million and the corresponding interest and fees on PPP loans decreased $960,000 for the first nine months of 2022, as compared to the same period last year.

The Company’s total assets at September 30, 2022 were $1.252 billion, an increase of $3 million from December 31, 2021. During the first nine months of 2022, the Company deployed a portion of the heightened cash balance into higher yielding earning assets. Since December 31, 2021, loan balances increased $25 million and securities increased $7 million. These increases were funded by a $39 million decrease in cash and cash equivalents. At September 30, 2022, total deposits increased $14 million and shareholders’ equity decreased $13 million from year end 2021. The decrease in shareholders’ equity was related to recording the fair value adjustment for securities classified as available-for-sale. Based on the increase in market rates during the first nine months of 2022, the fair value of securities decreased $19 million on an after-tax basis.

Certain statements contained in this earnings release that are not statements of historical fact constitute forward-looking statements within the meaning of the Private Securities Litigation Reform Act of 1995. Words such as “believes,” “anticipates,” “expects,” “appears,” “intends,” “targeted” and similar expressions are intended to identify forward-looking statements but are not the exclusive means of identifying those statements. Forward-looking statements involve risks and uncertainties. Actual results may differ materially from those predicted by the forward-looking statements because of various factors and possible events, including: (i) impacts from the coronavirus (COVID-19) pandemic on our business, operations, customers and capital position; (ii) the impact of COVID-19 on local, national and global economic conditions; unexpected changes in interest rates or disruptions in the mortgage market related to COVID-19 or responses to the health crisis; (iii) changes in political, economic or other factors, such as inflation rates, recessionary or expansive trends, taxes, the effects of implementation of federal legislation with respect to taxes and government spending and the continuing economic uncertainty in various parts of the world; (iv) competitive pressures; (v) fluctuations in interest rates; (vi) the level of defaults and prepayment on loans made by the Company; (vii) unanticipated litigation, claims, or assessments; (viii) fluctuations in the cost of obtaining funds to make loans; (ix) regulatory changes; and (x) other factors that may be described in the Company’s Annual Reports on Form 10-K and Quarterly Reports on Form 10-Q as filed with the Securities and Exchange Commission from time to time. Forward-looking statements speak only as of the date on which they are made, and the Company undertakes no obligation to update any forward-looking statement to reflect events or circumstances after the date on which the statement is made to reflect unanticipated events. 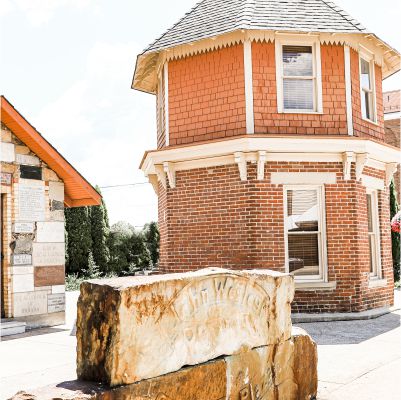